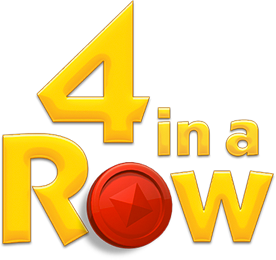 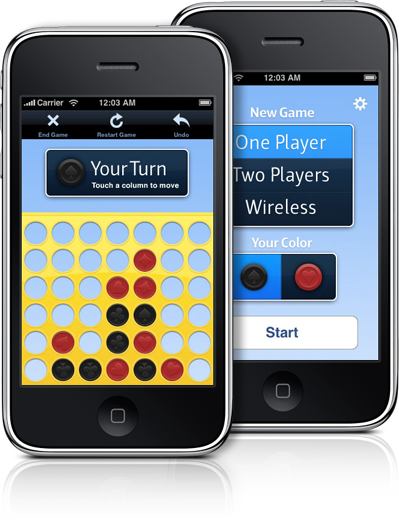 The classic game that's easy to understand, but hard to master. Your goal is to connect a line of four horizontal, vertical, or diagonal chips before your opponent does. But watch out, it can be trickier than it sounds!

4 in a Row is the perfect game to play against friends, or any time you have a few minutes to spare.

Each player takes turns choosing a column to drop a chip in. Your goal is always to align four chips of your own color in a row, either vertically, horizontally or diagonally. The first player to do so wins the game. You may restart or exit a game at any point. Undo is available in case you mistakenly hit the wrong column, but only for your last move.

In one player mode, you play against the computer. You can set the level of difficulty in the preferences, which you can get to by touching the gear button on the main screen. Currently there are only two difficulty settings, but more will be coming in the future.

Two player mode allows two people to play against each other using the same phone. Just take turns touching the column you would like to drop your chip in. The game will let you know who's turn it is as you play.